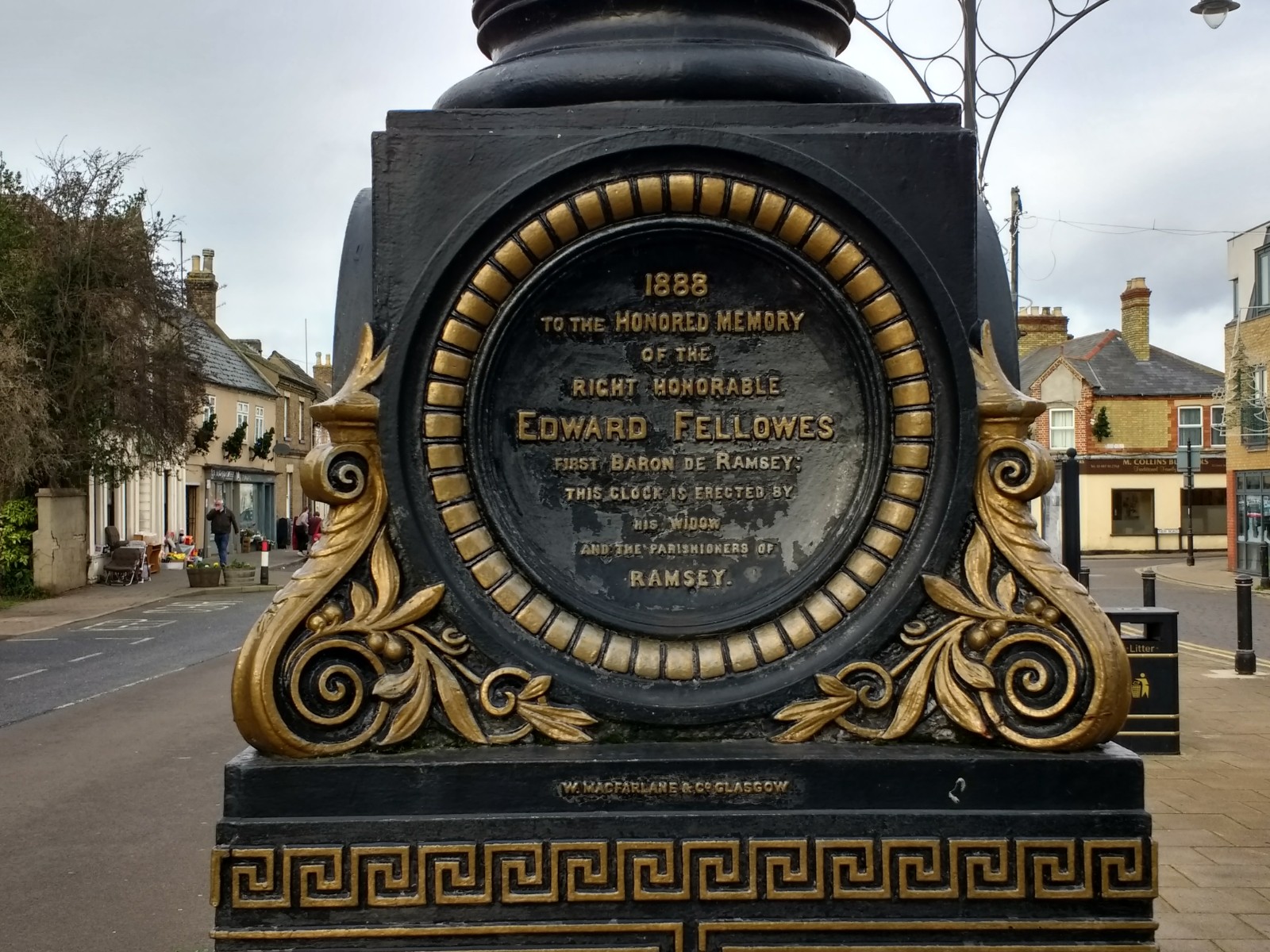 A happy idea suggested itself to the committee entrusted to carry out the above desirable object, that of making and erecting a memorial to the late Right Honourable Edward Fellowes, first Lord De Ramsey, from the parishioners of Ramsey, in token of the respect and affection entertained by them for his late Lordship.

We understand that on hearing of this decision on the part of the committee the Dowager Lady De Ramsey expressed a wish to be allowed to contribute £100 towards the object in view, and, in communicating her desire to the committee, her Ladyship writes: “It would be a great happiness to me to be associated with the parishioners of Ramsey in a memorial to my dear husband, in which all who wish to do so may join, irrespective of political or religious views, a memorial too, which will be a useful and ornamental addition to the place we both loved so much.”

We understand the subscription list is now open and will be closed the first week in April, and, in the meantime, the name of intending subscribers may be sent to the committee or to Mr. Edward Southam, their honorary secretary.

This story appeared in the local Newspaper shown below.